Esquire was first issued in October 1933, “to become the common denominator of masculine interests—to be all things to all men.” It was founded and edited by David A. Smart, Henry L. Jackson and Arnold Gingrich. Jackson died in the crash of United Airlines Flight 624 in 1948, while Gingrich led the magazine until his own death in 1976. Smart died in 1952, although he left Esquire in 1936 to found a different magazine, Coronet. The founders all had different focuses; Gingrich specialized in publishing, Smart led the business side of the magazine while Jackson led and edited the fashion section, which made up most of the magazine in its first fifteen years of publishing. Additionally, Jackson’s Republican political viewpoints contrasted with the liberal Democratic views of Smart, which allowed for the magazine to publish debates between the two. This grew particularly heated in 1943 when the Democratic United States Postmaster General Frank Comerford Walker brought charges against the magazine on behalf of the administration of Franklin Delano Roosevelt. The administration alleged that Esquire had used the US Postal Service to promote “lewd images”. Republicans opposed the lawsuit and in 1946 the United States Supreme Court found in Esquire v. Walker that Esquire’s right to use the Postal Service was protected by the First Amendment of the United States Constitution.

Esquire started in 1933 as a quarterly press run of a hundred thousand copies. It cost fifty cents per copy. It later transformed itself into a more refined periodical with an emphasis on men’s fashion and contributions by Ernest Hemingway, F. Scott Fitzgerald, Alberto Moravia, André Gide, and Julian Huxley. In the 1940s, the popularity of the Petty Girls andVargas Girls provided a circulation boost. In the 1960s, Esquire helped pioneer the trend of New Journalism by publishing such writers as Norman Mailer, Tim O’Brien, John Sack,Gay Talese, Tom Wolfe, and Terry Southern. In August 1969, Esquire published Normand Poirier’s piece, “An American Atrocity”, one of the first reports of American atrocities committed against Vietnamese civilians. Under Harold Hayes, who ran it from 1961 to 1973, it became as distinctive as its oversized pages. The magazine shrank to the conventional 8½×11 inches in 1971. The magazine was sold by the original owners to Clay Felker in 1977, who reinvented the magazine as a fortnightly in 1978, under the title ofEsquire Fortnightly. However, the fortnightly experiment proved to be a failure, and by the end of that year, the magazine lost US$5 million. Felker sold Esquire in 1979 to the 13-30 Corporation, a Tennessee publisher, whose owners refocused the magazine into a monthly. During this time, New York Woman magazine was launched as something of a spinoff version of Esquire aimed at female audience. 13-30 split up in 1986, and Esquire was sold to Hearst at the end of the year, with New York Woman going its separate way to American Express Publishing. 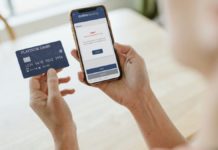 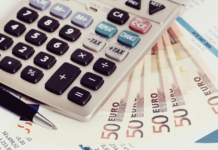 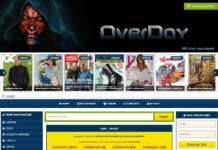